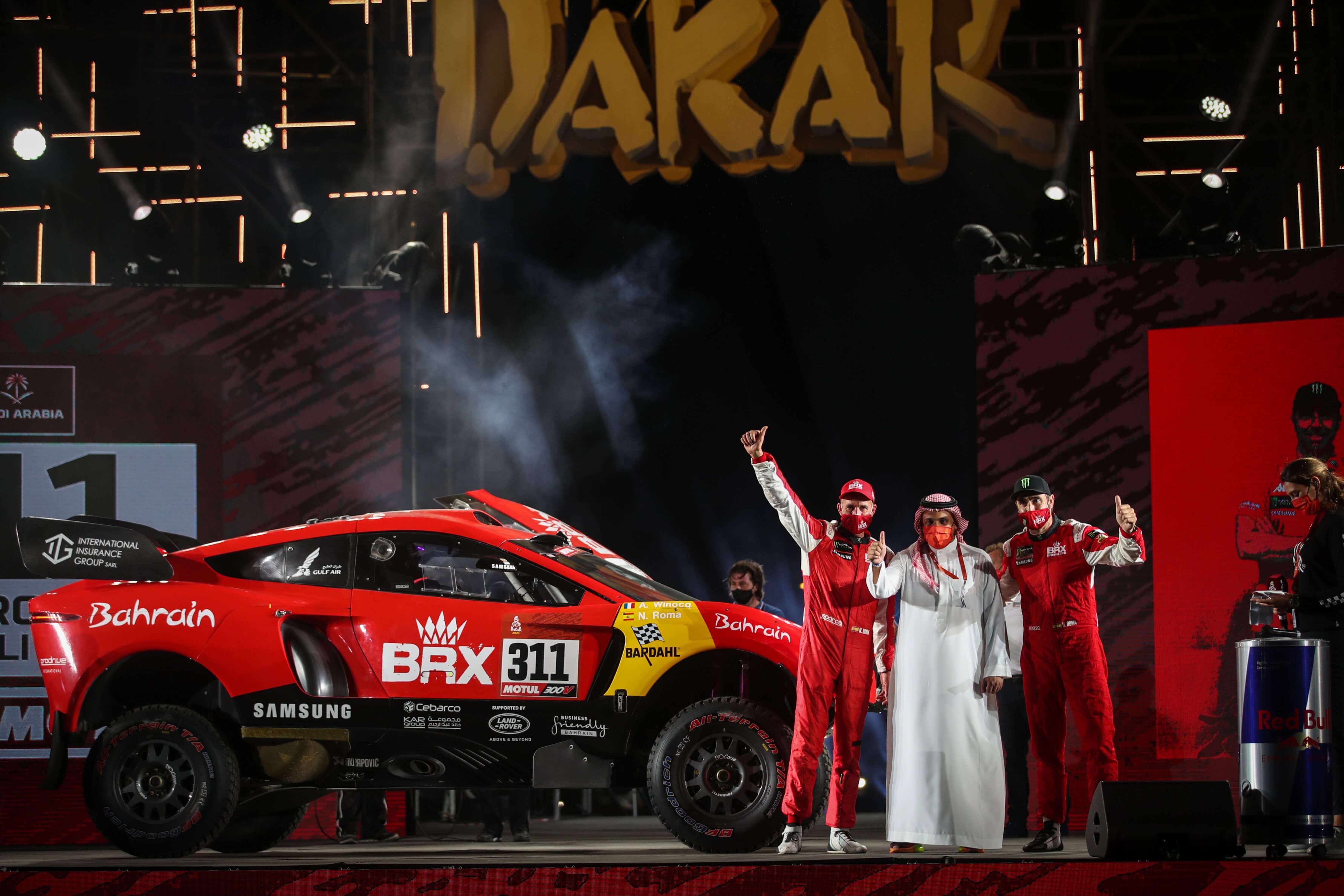 Winocq joins Bahrain Raid Xtreme, as a replacementco-driver for BRX pilot Nani Roma, as a result of Oliveras recently returning apositive COVID-19 result. Although there might have been time for Dani torecover and test negative Bahrain Raid Xtreme is committed to preserving thehealth and safety of all Dakar Rally participants, and therefore did not wantto take any undue risks that could compromise this.

Winocq is no stranger to the Dakar Rally, and brings awealth of experience to his partnership with Nani Roma. In 1999 Winocq attendedhis first Dakar Rally, as a team mechanic, before going on to compete in arange of vehicles including quadbikes, pro trucks and buggy’s.

Commenting on the announcement that he will join Nani Romaand Bahrain Raid Xtreme, Alex Winocq said: “It isincredibly disappointing for Dani (Oliveras) not to be able to help BahrainRaid Xtreme in the teams first Dakar Rally, but I am delighted to join Nani andgrateful to the BRX team for welcoming me. I had been preparing for the Dakarfor some time, but my previous plans did not play out the way I hadanticipated, so to get the chance to compete with such an experienced andskilled driver as Nani, is hugely exciting.”

Bahrain Raid Xtreme pilot, Nani Roma, added: “I would justlike to thank Dani for all his commitment and support in preparing for theDakar Rally, and sorry that he will not be able to put all the hard work intopractice. I have known Alex for a long time, and he is a very experienced andtalented person to have alongside me. We are ready to hit the ground runningtogether, and the whole team is excited to have him join us, especially at suchshort notice.”

The Dakar Rally begins on the 3rd January, in Jeddah, SaudiArabia. Nani Roma will drive BRX’s bespoke Dakar Rally T1 car – a four-wheeldrive car, powered by a 3.5 litre turbo-charged petrol V6, that will take onalmost 5,000 kilometres of competitive driving across the 12 stages through theKingdom of Saudi Arabia.