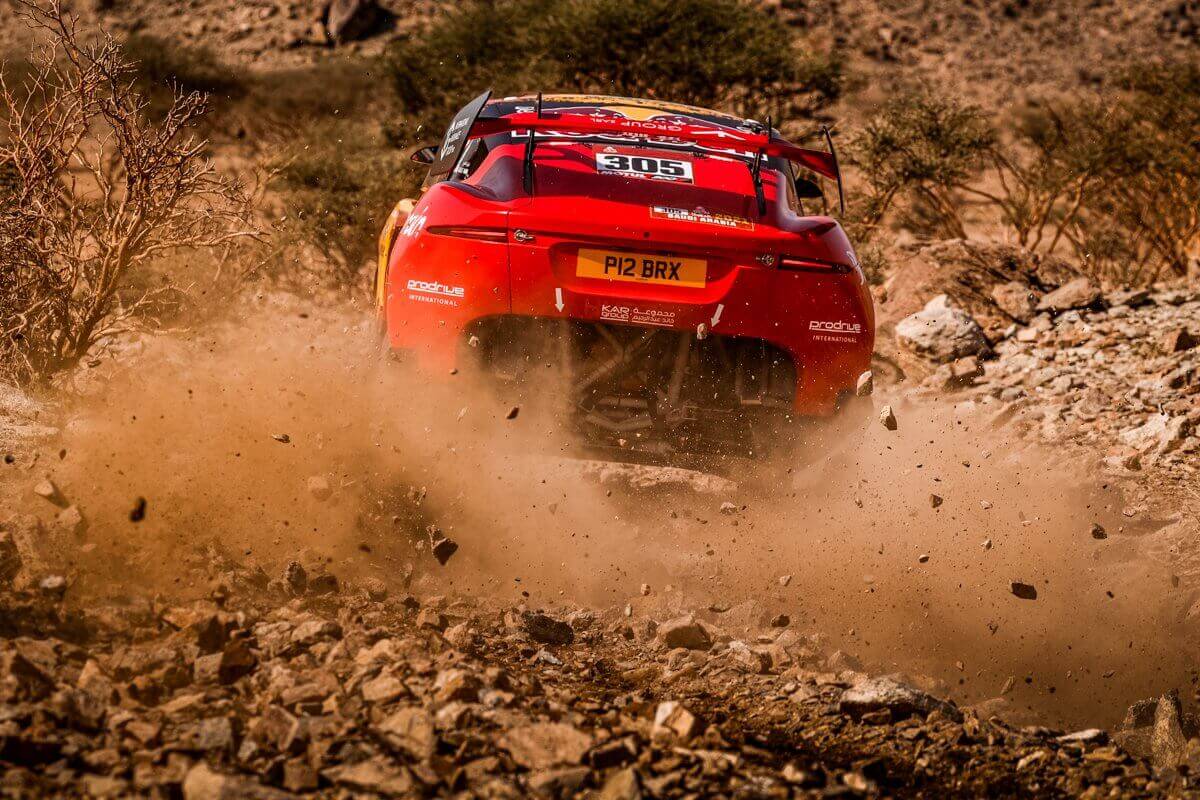 Bahrain Raid Xtreme (BRX) has completed all finalpreparations in Jeddah, Saudi Arabia, and is ready to start its first everDakar Rally. BRX drivers Sebastien Loeb, co-driver Daniel Elena and Nani Romawith co-driver Alex Winocq took to the podium in the King Abdullah Sports CityStadium, in Jeddah, after completing the Prologue stage of the Dakar Rally 2021.

Following the Prologue, Sebastien Loeb will start stage onein tenth position, and Nani Roma in fifteenth. Both BRX drivers will set offfrom Jeddah on the 3rd January, racing towards Bisha, on a routethat takes competitors over almost 300 km of rough mountain tracks.

By taking to the podium with the Bahrain Raid Xtreme HunterT1 car, Loeb and Roma signalled the start of their Dakar Rally 2021 adventure.

The driver line up for Bahrain Raid Xtreme brings a wealthof experience to the team, with nine-time World Rally Championship winnerSebastien Loeb and two-time Dakar Rally winner Nani Roma. The drivers form partof a team that has the expertise of Prodrive behind it; with David Richards’motorsport business pouring all of its title winning experience into the Huntervehicles, in a bid to compete in motorsport’s biggest test of endurance.

Commenting after the Dakar Rally 2021 prologue, BRX driverSebastien Loeb said: “The car felt good today, with no problems, so thestrategy for stage one will be to push harder. I didn’t want to take too manyrisks today; 10th is not the position we were expecting, sohopefully we will not have too much dust on the road from the other cars, butthis is only the beginning.

“It is great to be back and ready to compete in the Dakar;I missed it last year, so it’s exciting to have another chance to take on theDakar again. The whole BRX team has been working hard to prepare for whateverthe Dakar throws at us, and we are ready, but fully appreciate how big thechallenge will be.”

Spanish driver Nani Roma will line up alongside Loeb, inhis BRX Hunter and added: “I have made some incredible memories competing inthe Dakar Rally; it is a special event and a true test. To be part of a newteam entering its first Dakar, is a rare opportunity; I can’t wait to play mypart in the team with the support of a very talented group of engineers.”

David Richards, Bahrain Raid Xtreme Team Director, has beenpart of a some of motorsport’s most successful endeavours, but understands thescale of the challenge the team is about to undertake: “The Dakar is one of thebiggest tests of endurance for driver and car alike. For that reason, the Dakarstands alone as one of the toughest motorsport events on the planet, and one ofthe biggest challenges Prodrive has ever undertaken. The entire team has workedtirelessly to prepare for this year’s event and yet we all know that there willinevitably be issues that we never anticipated, that is what makes the Dakar sodifficult. In Nani and Sebastien we have two incredible drivers, supported by agreat team of engineers who share a clear objective to compete from the off. Weare all very excited about starting our first Dakar adventure.”