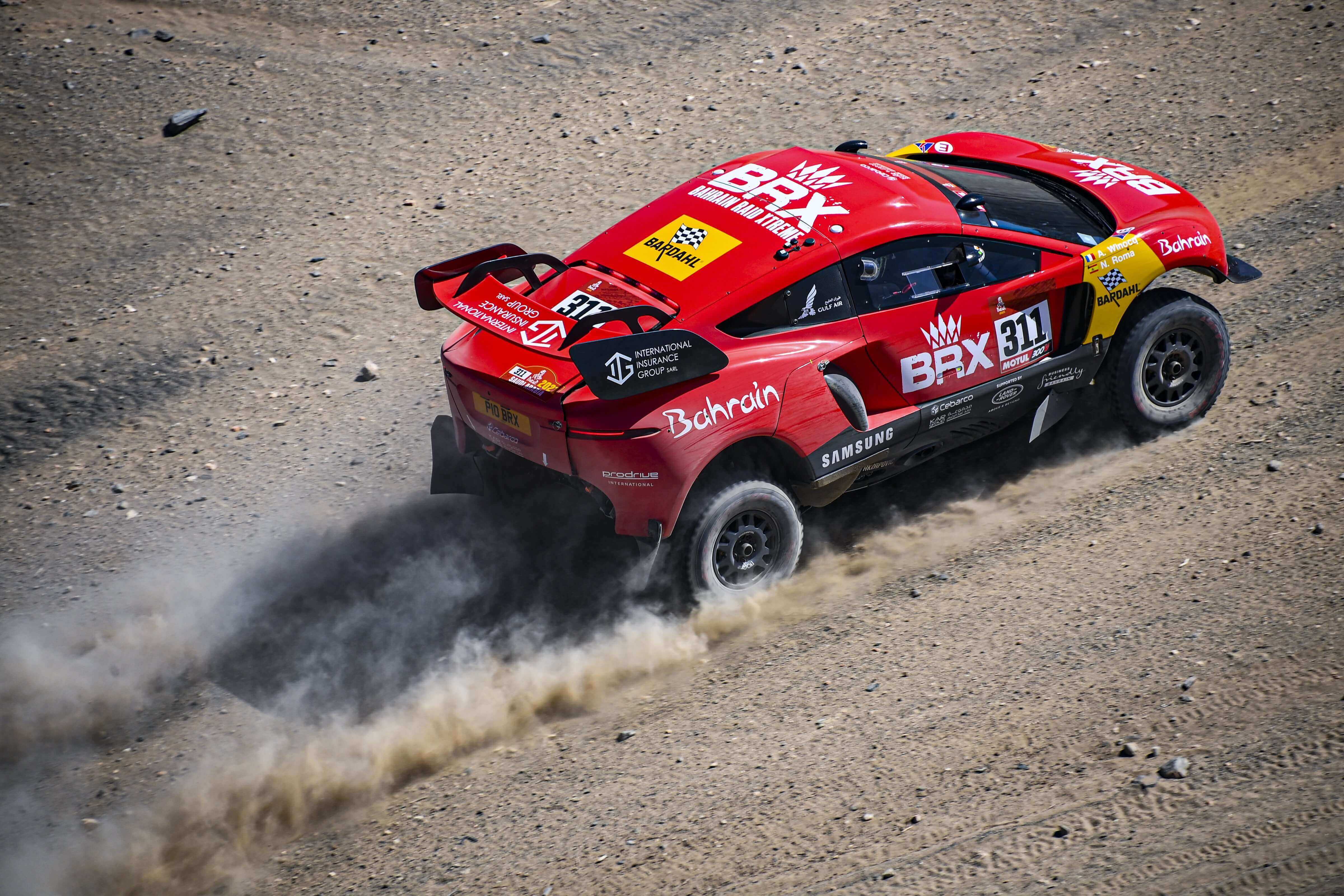 BAHRAIN RAID XTREME GETS ITS FIRST TASTE OF DAKAR RALLY 2021
STAGE ONE: JEDDAH TO BISHA

Bahrain Raid Xtreme (BRX) made its debut in the Dakar Rally 2021, taking on stage one of the iconic race, that would see Sebastien Loeb and Nani Roma drive the 623km from Jeddah to Bisha.

Loeb and co-driver Daniel Elena, in the #305 Hunter, started the stage 10th on the road, but suffered a series of punctures early on due to the rocky conditions. The delays contributed to 24 minutes being conceded to the stage winner, completing the route to Bisha in 03h 30’10,putting Loeb in 22nd place going into the second day.

In contrast, Spaniard Nani Roma, and French co-driver Alex Winocq, in car number 311, set out from Jeddah 15th on the road but completed the stage in 03h 15’35; consistently climbing up the rankings at each waypoint, finishing in sixth.

Commenting after the first stage of the Dakar Rally 2021, Sebastien Loeb said: “Today was one of the hardest stages I have had in the Dakar. We had our first puncture in a fast section of the stage, then shortly afterwards a second and a third puncture, so had to slow slightly, but thankfully I knew Nani was not far behind, in case we had another one. The car itself was great and no problems, so to lose just 24 minutes is a positive, given the difficulties we had. We will continue to push for the rest of the Dakar and anything is possible.”

Nani Roma said: “It was a difficult day, and a challenging stage, but we are happy. We are feeling more confident each day, with Alex and I improving. The Hunter performed well on its first Dakar stage, so the signs are positive. For the next stage, we have open desert, which I am looking forward to; I really enjoy this type of driving, so it is going to be exciting to see how the car responds and performs.”

The second stage of the Dakar Rally 2021 will see Loeb and Roma leave Bisha for Wadi Ad-Dawasir for the first dunes of the race. The drivers will face 685km of driving (228km road and 457 special stage), on a stage that will test the cars and drivers with long stretches of open desert and sandy tracks.