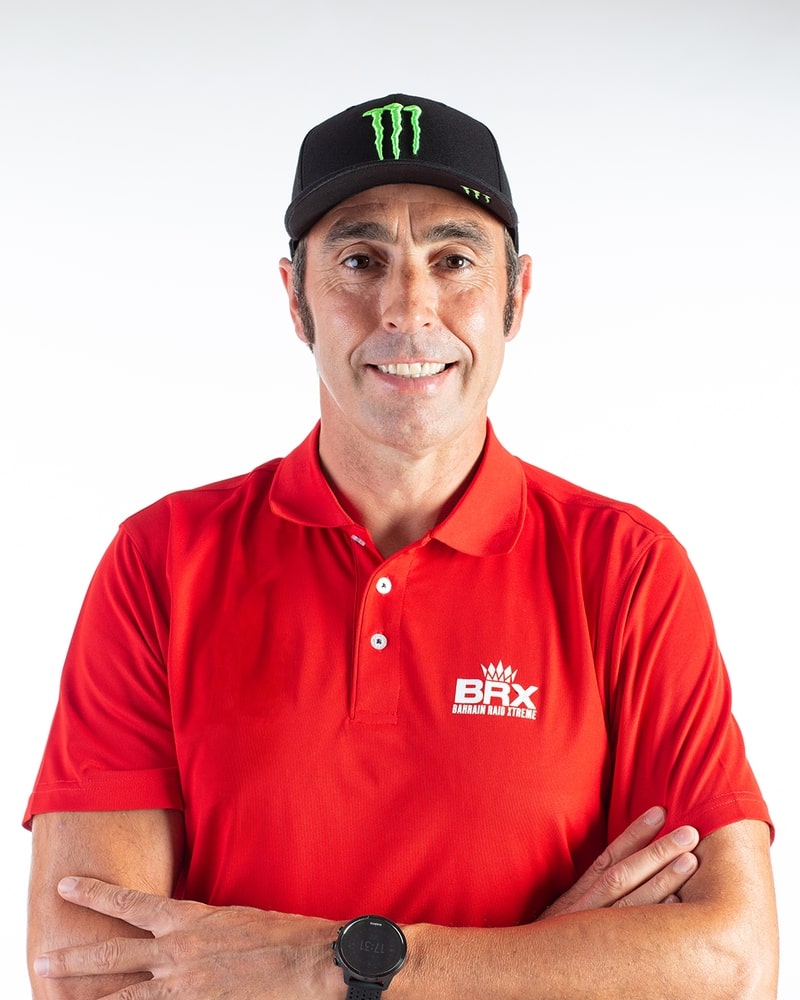 Bahrain Raid Xtreme (BRX) welcomes Dakar Rally champion, Nani Roma to the BRX driver line up. With multiple wins in two different disciplines – and having competed in consecutive years since his debut in 1996 – Roma is no stranger to the Dakar Rally. Crowned victorious on multiple occasions, Roma is one of only three drivers to triumph in the epic race on both two and four wheels.

BRX Driver, Roma, commented: “The ambition from everyone involved in BRX is hugely exciting and I am looking forward to being part of the journey with the team. There is a huge amount of experience across so many areas of BRX, and to direct this towards challenging for success in the Dakar Rally is an opportunity I had to be part of. The combination of Mumtalakat’s heritage in supporting motorsports endeavours, and the expertise of David Richards and Prodrive, to build winning cars has all the signs of a real game changer within the Dakar Rally.”

Spearheading BRX is Team Director, David Richards CBE. As founder and Chairman of Prodrive, Richards has claimed six World Rally championship titles, five Le Mans wins and experience leading successful F1 teams. However, the Dakar Rally is the one challenge he has yet to undertake, until now.

BRX Team Director, Richards commented: “Nani is one of the most experienced Dakar drivers, having competed in the rally on 24 occasions, with outright wins on both a motorbike and in a car. He has already been working closely with Prodrive’s engineers to provide his valuable insight and over the coming months Nani will be undertaking thousands of kilometres of testing in Europe and the Middle East.”

Roma will take to the Saudi Arabian desert in BRX’s bespoke Dakar Rally T1 car–a four-wheel drive car, powered by a 3.5 litre turbo-charged petrol V6engine. The vehicle builds on Prodrive’s experience competing at the highest levels of world motorsport for over three decades and has been styled by IanCallum, one of the world’s leading motorsport designers. Development of the car and engine has been underway at Prodrive since mid-2019, and the first car is expected to be revealed in the October 2020.

The team have been working closely with Nani, absorbing his vast experience and fine tuning the BRX T1 car to ensure his long list of achievements can continue to grow. With the combined expertise of Roma and BRX, and the shared ambition for success, BRX continues to signal itself as a contender for the Dakar Rally title in 2021.