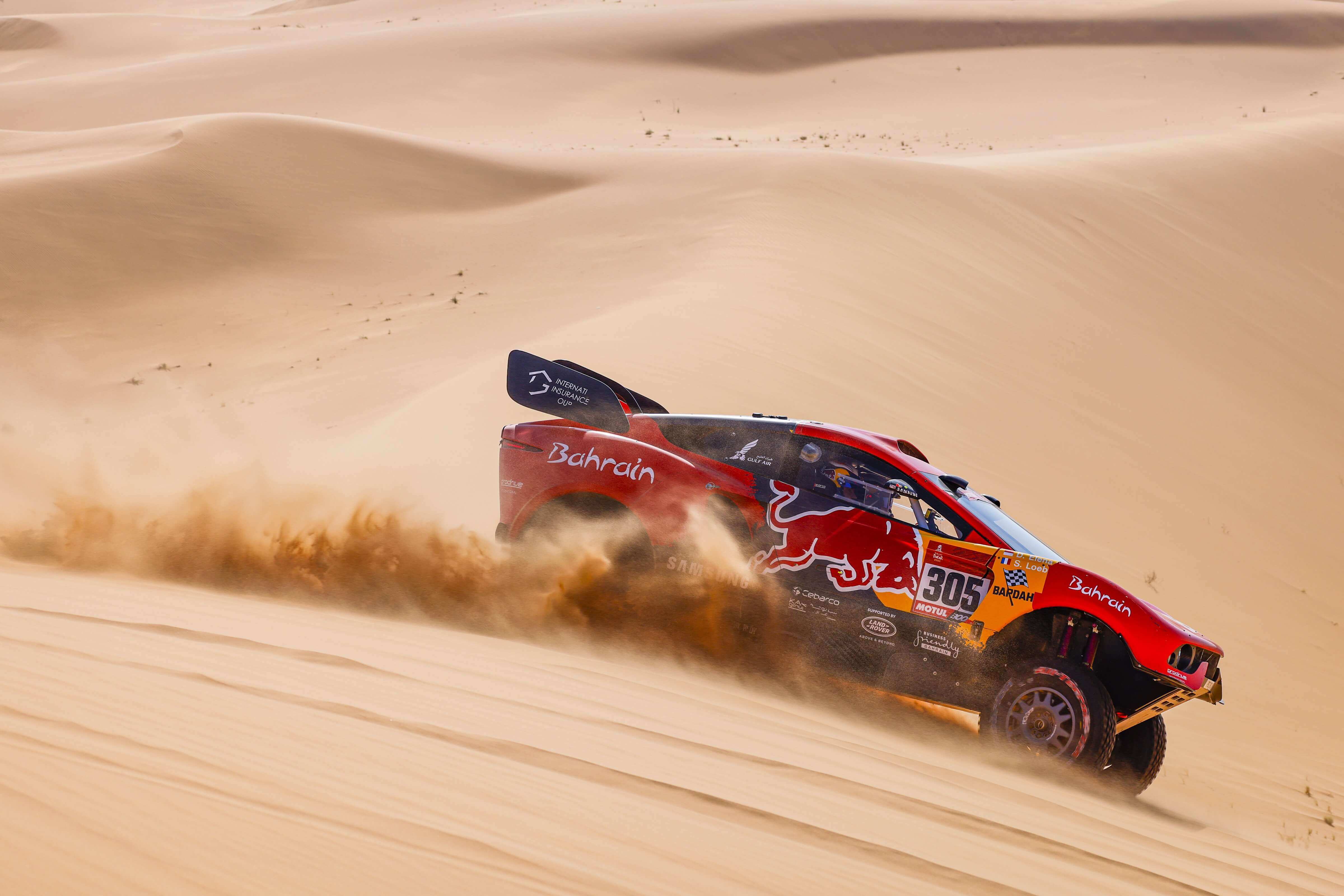 Loeb, in the #305 Hunter, resumed his competitive driving for stage three, overcoming an early puncture to show the car’s pace in the open sections, and keep himself in the top three for most of the stage. Two late punctures cost time, leading him to finish 6th, completing the stage in 03:30:53, +13:14 off the leader. After three stages, Loeb sits in 6thoverall, with +45:49 to make up on the rally leader.

In the #311 Hunter, Spaniard Nani Roma set out into the desert hoping to add to the confidence he and co-driver Alex Winocq are building upon each day of the Dakar Rally. Navigational difficulties cost the pair time across the stage though, finishing 16th for the day after completing the desert stage in 03:44:10, +26:31 off the leader. This puts Roma 11th overall, conceding +1:04:21 to the rally leader.

Commenting after stage three of the Dakar Rally 2021, Sebastien Loeb said: “I think we had a good result with the stage; after a puncture at the beginning, we had a relatively clean run. We had good driving, good navigation, everything was perfect. Then around 300km and again in the last 100km we had two further punctures losing a few minutes and obviously after three punctures I had to be very cautious to the finish. So frustrating but overall a really good stage.”

After completing stage three of this year’s rally, Nani Roma added: “The visibility and navigation today was a real challenge, but the car is performing so well, it’s amazing how strong the Hunter is. For that reason, Alex and I are happy. We are building every time we are in the car and learning every day. For me, I want to be fighting more at the front, so that is the aim, but the way the car is performing, I am happy.”

Following the third stage of the team’s maiden Dakar Rally, David Richards, Bahrain Raid Xtreme Team Director, commented: “We are extremely happy that after three days, we have hardly had any technical issues with the cars, so that is  very positive. However, we have had a lot of punctures, which has been frustrating, and the navigation has been particularly challenging, leading to lost time. But that is the same for everybody, so we just need to press on.”

Stage four of the Dakar Rally 2021 will take BRX from Wadi Ad-Dawasir to the Kingdom’s capital; Riyadh. The route is 813km in total (476kmof road and 337km of special stage) and set to offer drivers a chance to really have some fun behind the wheel, with winding desert and dirt tracks.