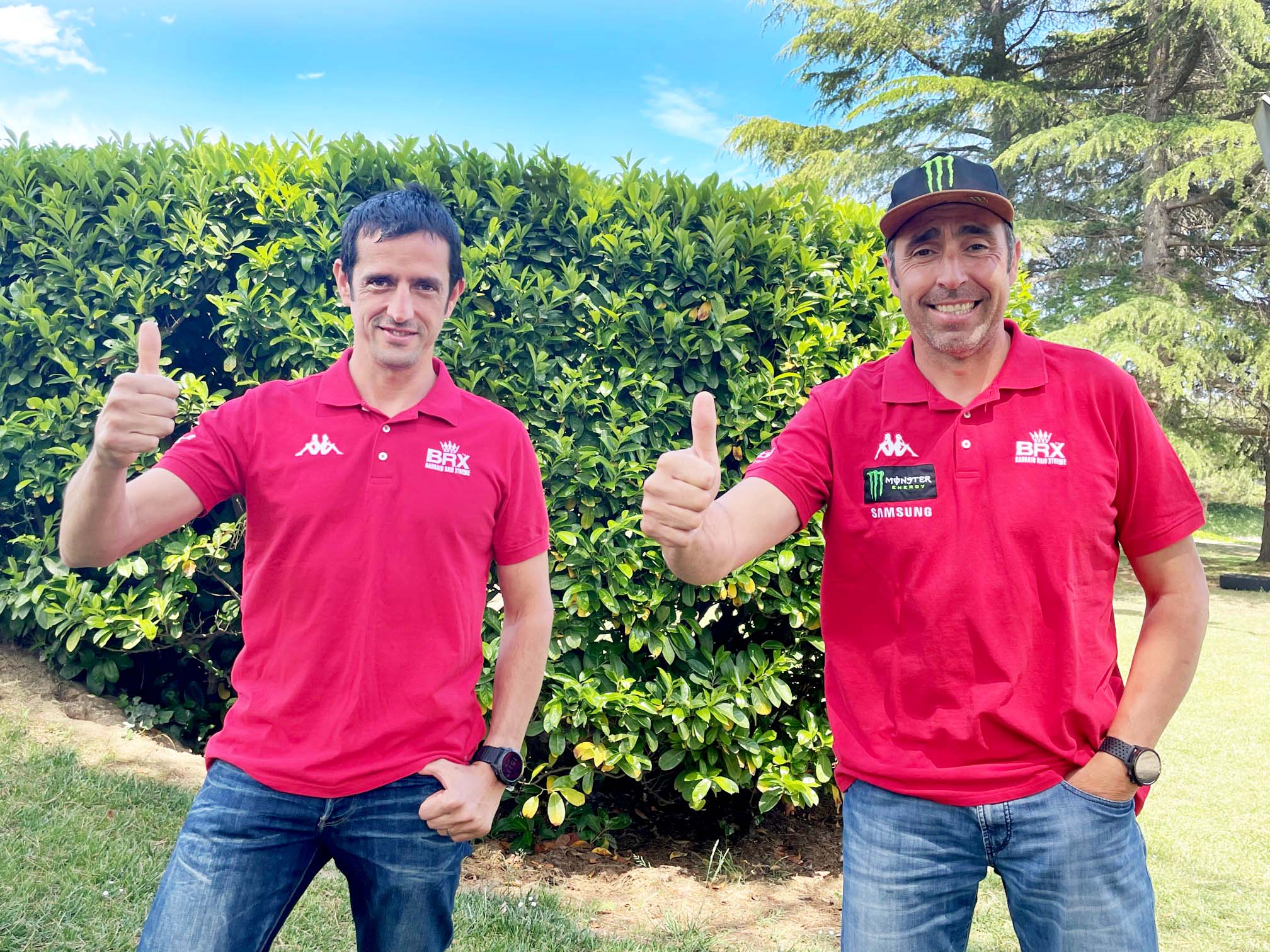 NEW CO-DRIVERS FOR LOEB AND ROMA AT DAKAR 2022

Fabian Lurquin will co-drive Loeb, while Alex Haro will co-drive Roma, rekindling a successful partnership which dates back to 2015.

Belgian, Lurquin, is an experienced cross-country navigator, winning a stage on the Dakar in 2020, as well as winning the Africa ECO Race in2018 and finishing third on the Silk Way the same year.

Lurquin said: “Seb and I tested in Dubai in April and we immediately built a good relationship in the car together. I am now looking forward to seeing the Prodrive Hunter for the first time in the coming weeks and sitting alongside Seb as we start our test programme and preparations for the Dakar 2022.”

Loeb said: “Navigation was so important on the Dakar this year, and when I saw the route for 2022, I realised it could play an even bigger role.  I believe Fabian’s approach to the race and his experience of the terrain will give us the best possible chance of winning the event next year.”

Spaniard Haro is a very experienced cross-country navigator, having competed on the Dakar seven times with a best placing of second in 2019with Nani Roma and winning a stage in 2020 and 2021.  He was FIA S2000 WRC champion in 2010 and with Roma won events in the Spanish gravel championship as well as the Aragon,Hungary and Portalegre Bajas and the Turkmenistan raid.

Haro and Roma live just an hour apart in Catalonia and have been regularly cycling together over the past few weeks, giving them time to prepare ahead of testing.

“I am really looking forward to working with Nani again,”said Haro. “It’s been two years since we did Dakar together, but I am sure when we sit side by side in the Hunter, it will feel like we have never been apart.  I was able to see how fast the Hunter was this year and how professional the Prodrive crew are behind the BRX team and their desire to become a force in Dakar and cross-country.”

At this year’s Dakar, Roma’s co-driver had to drop out just days before the event, due to a positive Covid test, and a replacement brought it, meaning the two had no time to prepare. Despite this, Roma brought home his Prodrive Hunter in fifth place, the highest finish for any car on its debut in the history of the event.

Roma said: “Since the Dakar moved to Saudi Arabia and with road books only available on the morning of the stage, navigation has become much more critical. As we saw this year, it is easy to make a very small mistake and lose a lot of time, even for the most experienced teams.  Alex is one of the best in the business and we get on well inside and out of the car.”

Since finishing the Dakar, the BRX design team at Prodrive has been analysing its performance and using this to improve the Hunter for2022.  The team has already begun its test and development programme and aims to be challenging for victory inJanuary.