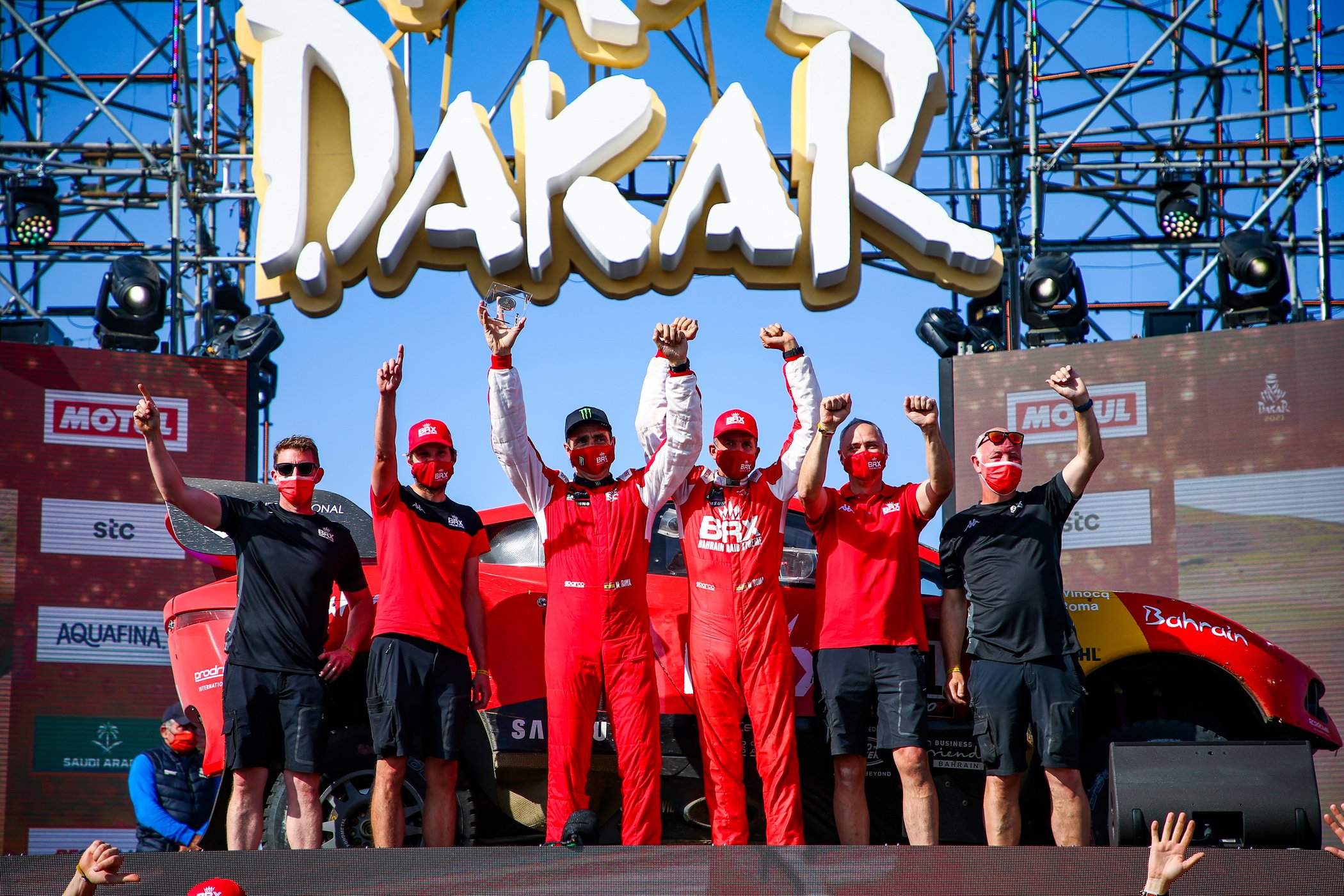 Bahrain Raid Xtreme driver, Nani Roma, set out from Yanbu bound for Jeddah for stage twelve, the final stage of the Dakar Rally 2021. Just 447km separated the remaining competitors from the finish line, made up of 245km of road and 202km special stage.

The final day of driving was brought to a close with a slightly shortened stage, with the competitive section reduced by 18km. It was by no means an easy conclusion to the rally with competitors having to navigate a chain of steep dunes on their quest toward the finish line on the shore of the Red Sea.

Roma, competing in his 25th Dakar, completed the final stage in 11th place with a time of 02:27:21, +9:48 behind the leader. This was enough to secure 5th place overall, holding his lead over sixth place Sheikh Khalid Al Qassimi of Abu Dhabi Racing by +6:43.

The 43rd edition of the Dakar Rally was Bahrain Raid Xtreme’s debut, with Roma’s result the best performance by any new team on its maiden Dakar.

Commenting from the finish line in Jeddah, BRX driver Nani Roma, who drove the #311 Hunter, said: “We have secured fifth position overall and have shown we have built a really strong car, with a lot of potential. We are just at the beginning of our journey. We have done an incredible job, even more so in the current covid situation. There have been a lot of challenges over the past few months, but the team have continued to believe the whole time. Now it is time to analyse everything and come back even stronger next year. Alex and I are really happy, and we just want to say a big thank you to the whole team –all of the mechanics and everyone else working behind the scenes to get us hereto the finish line. They have done an amazing job and it’s been a pleasure to work with everyone.”

Bahrain Raid Xtreme Team Director, David Richards, added: “We wouldn’t normally celebrate a fifth place, but this one is special. No new team has ever come to Dakar and achieved such a high result on their first attempt. Over the years, Prodrive has created some great teams who have gone onto achieve incredible results and I’m absolutely certain that the BRX team we have here today will do just that.”