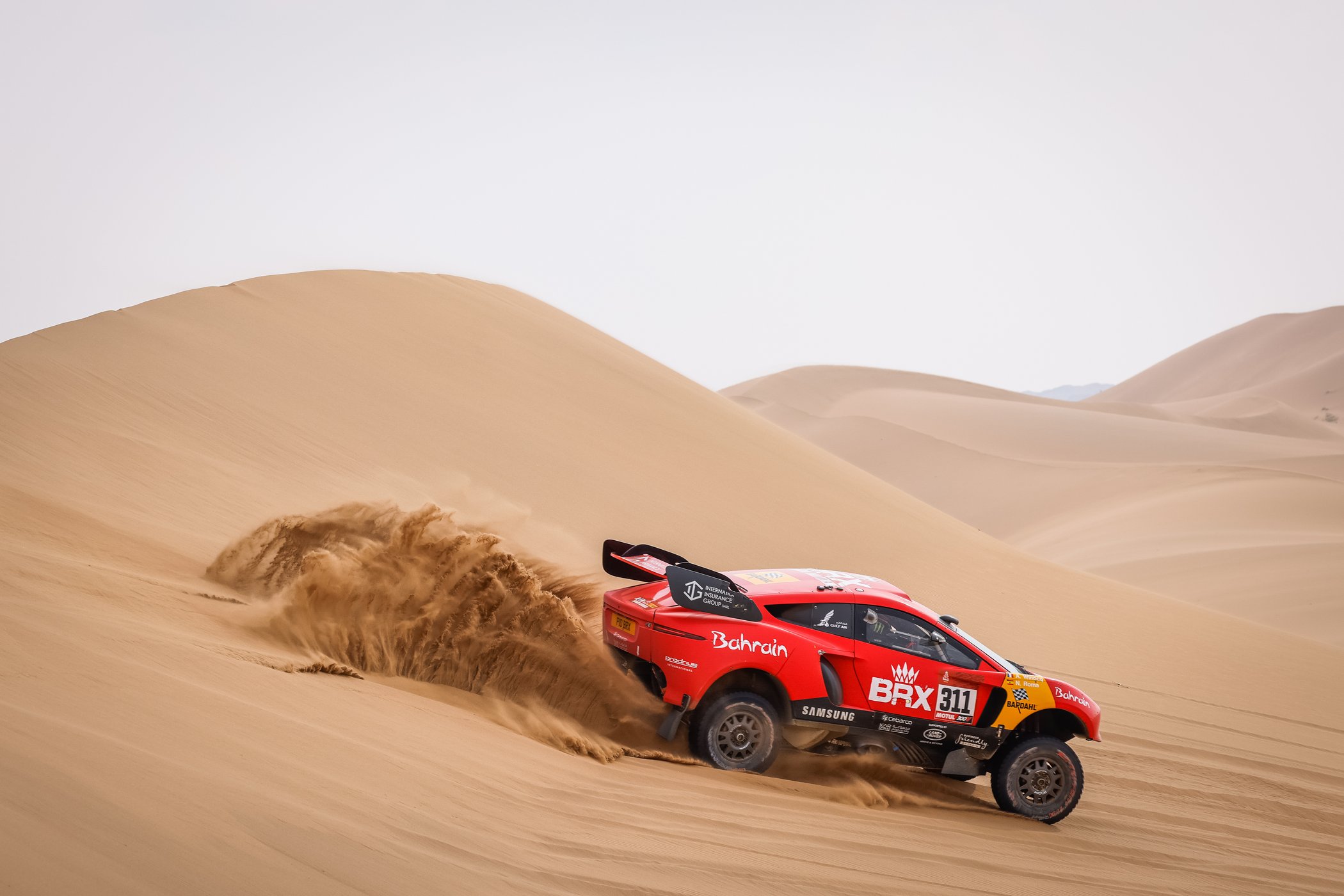 Bahrain Raid Xtreme driver, Nani Roma, set out from Al-Ula bound for Yanbu for stage eleven, the penultimate stage of the Dakar Rally2021. Competitors navigated a total of 598km of driving, made up of 134km of road and 464km of special stage.

The recent bad weather forced organisers to shorten the course by 47km ahead of the stage commencing – reduced from 511km special stage– as the rain had erased the tracks in some sectors. However, the dunes remained the main feature for the stage that the Hunter had to overcome.

Stage eleven proved challenging for competitors, with many kilometres to cover and difficult navigation. The second half of the stage –with a series of dunes, canyons and dry rivers – caused many drivers to lose the track and sacrifice time.

Roma, a two-time Dakar Rally winner, and co-driver Alex Winocq, completed one of the rally’s most difficult stages in 18th place, with a time of 05:01:52, +27:28 behind the leader. This maintains Roma’s position as 5th overall for the sixth consecutive stage, +3:15:54 behind the overall leader.

Commenting on arrival at the bivouac in Yanbu, Roma said: “It was not an easy day. We made a few mistakes in navigation, but this is the Dakar Rally. When you make a mistake, the important thing is to remain calm and not to get nervous as that can lead to more errors. It was not our day today, but I think everyone lost time at the end with the navigation. This is part of the game – the Dakar is part speed and part navigation and we must find the compromise with both. Tomorrow we will go out like we have done every day, concentrating on navigation and maintaining focus.”

Bahrain Raid Xtreme Chief Engineer, Richard Thompson added: “Today’s stage really favoured the buggies and during the afternoon section Nani and Alex made a couple of navigational errors. We have around a ten-minute buffer tomorrow between us and Sheikh Khalid Al Qassimi [Abu Dhabi Racing] inP6, and only a minute behind him is Vladimir Vasilyev [X-Raid Team], so it’s going to be a really tight day of driving. After sitting in P5 for six days, we are going to do everything we can to maintain that position tomorrow. We will do a big service this evening – nothing particularly major – but everything possible to ensure Nani is ready to fight tomorrow.”

Stage twelve of the Dakar Rally will bring the 2021 edition to a close. Drivers must navigate a final 447km stage from Yanbu and crossing the finish line on the shore of the Red Sea in Jeddah, with 227km road and 202kmspecial stage.